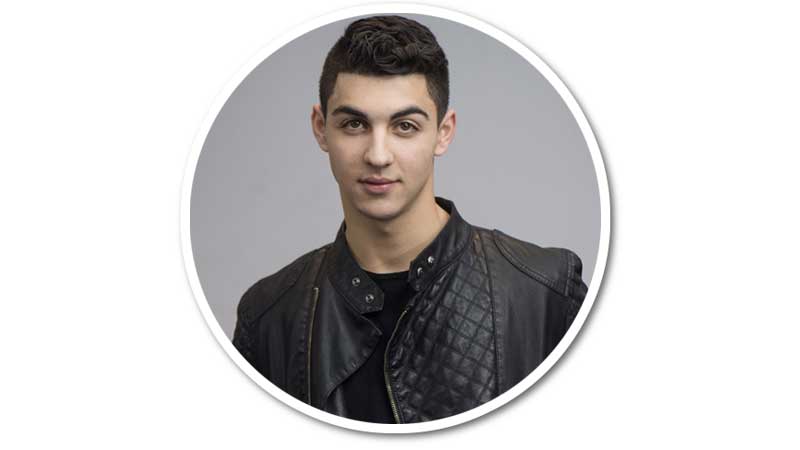 Trevor Tordjman is a Canadian actor, dancer and singer who is known for playing Bucky in American musical and dance Disney Channel Original Movie Z-O-M-B-I-E-S and portraying James in Canadian drama series The Next Step.

At the age of 4, Trevor started dancing in his mother’s dance studio, Confidence. He has also founded a dance convention and a workshop called Raw Motion Dance.