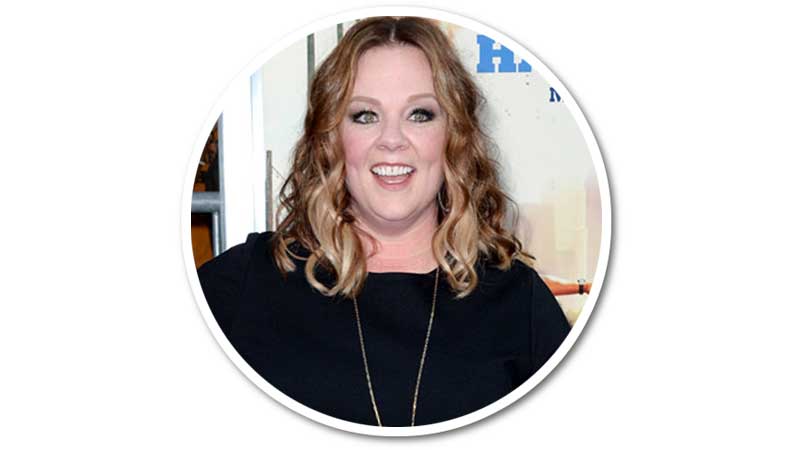 Melissa Ann McCarthy, an American actress, comedian, writer, fashion designer, and producer, started her acting career from 1997. She was popular for her role as Sookie St. James on the TV series Gilmore Girls (2000–2007). She and her husband Ben Falcone founded On the Day which is a production company.

She graduated from Joliet Catholic Academy (previously St. Francis Academy) in Joliet, Illinois. She started pursuing an acting career in Los Angeles and later in New York City with stand-up comedy. She is an alumna of The Groundlings, based in Los Angeles, California which is improvisational and sketches comedy troupe.

1. Most of the high-level designers turned down her offer to make her an Oscar dress for 2012 Oscars.
2. She lost her weight from 265 pounds to 220 pounds which were revealed in November 2014.
3. Octavia Spencer and Christina Applegate are her good friends.
4. She grew up in a big Irish family on a farm.
5. She was a member of The Groundlings for about 10 years and now is an alumna.
6. She is fond of playing tennis.
7. She was the screenwriter, executive producer, and lead actor in the film Tammy (2014).

Such a fun time @sunriseon7

Melissa McCarthy has been married to an American Actor Ben Falcone for 12 years since October 8, 2005.