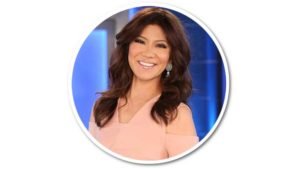 She is famous for CBS, is a host of the U.S. version of the CBS reality-television program Big Brother.

In Los Angeles, she became a news assistant for ABC News. She began her career by interning at CBS Morning News.

1. For the Big Brother franchise, she became the longest-serving host of all versions.
2. She was the co-host of CBS’s various celebrity hosts.
3. She is graduated in broadcast journalism and English.
4. For The Early Show on CBS, she appeared as an anchor.