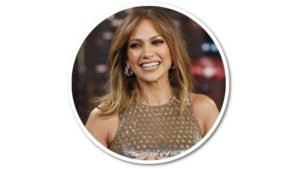 Jennifer Lynn Lopez an American singer, actress, dancer, and fashion designer, started pursuing her acting career in 1993. She received a Golden Globe nomination for biopic Selena and became the first Latin actress to earn over US$ 1 million for a movie. In 1999, she endeavored into the music industry with her debut studio album On the 6.

Jennifer did her entire schooling in Catholic schools and graduated from the Preston High School. She used to compete in national track championships and excelled athletically rather than academically. She found out about the audition for teenage girls in her final year of high school, and therefore, auditioned and was cast in My Little Girl (1986).

1. She started working as a backup dancer in 1991 with the boyband New Kids on the Block.
2. She is the first actress to have a No. 1 album & a No. 1 movie in the same week.
3. She is the first Latin actress to be paid more than US$ 1 million for a movie.
4. She is interested in collaboration with Will Smith for a movie and a soundtrack.
5. It is said that her marriage with Cris Judd was a publicity stunt.
6. Due to many failed relationships, she is often called “modern-day Liz Taylor”.
7. In 2014, she became the first female to receive the “Billboard Icon Award”.
8. Jennifer Love Hewitt, Kelly Rowland, and Kim Kardashian are influenced by her fashion sense and style.
9. She was named the most powerful Latino celebrity in 2012 by the Forbes magazine.