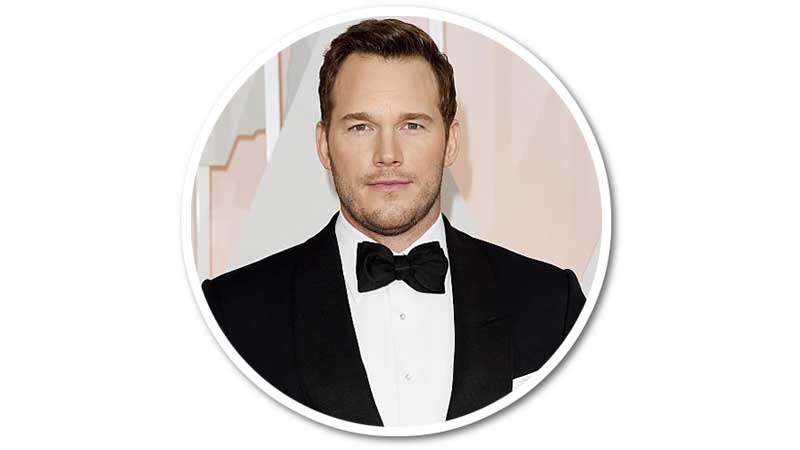 Christopher Michael Pratt, an American actor, is popular as Star-Lord in the Guardians of the Galaxy films and Owen Grady in Jurassic World (2015). He gained his recognition after playing Andy Dwyer on the series Parks and Recreation. He appeared as a supporting role in movies like Wanted (2008), Jennifer’s Body (2009), Moneyball (2011), The Five-Year Engagement (2012), Zero Dark Thirty (2013), Delivery Man (2013), and Her (2013).

Pratt placed fifth in a high school state wrestling tournament when he was in Lake Stevens, Washington. He graduated in 1997 from Lake Stevens High School. He has worked as a discount ticket salesman and daytime stripper in his teenage years.

1. He met director Rae Dawn Chong when he worked at Bubba Gumps Restaurant in Hawaii before becoming an actor.
2. He has worked for three consecutive years in Oscar-nominated movies namely Moneyball (2011), Zero Dark Thirty (2012) and Her (2013).
3. He speaks German fluently.
4. He has worked as a stripper at a club in Hawaii in his teenage days. 5. Aubrey Plaza is his good friend.
6. He won the CinemaCon Award in March 2014 for Breakthrough Performer for Guardians of the Galaxy.
7. He won the Guy of the Year Award on June 6, 2015, at the Spike TV’s Guys Choice Awards.
8. He lost 60 pounds for the role of Peter Quill / Star-Lord in Guardians of the Galaxy.
9. He was placed second on the Sexiest Men Alive list by People’s Magazine in 2014.