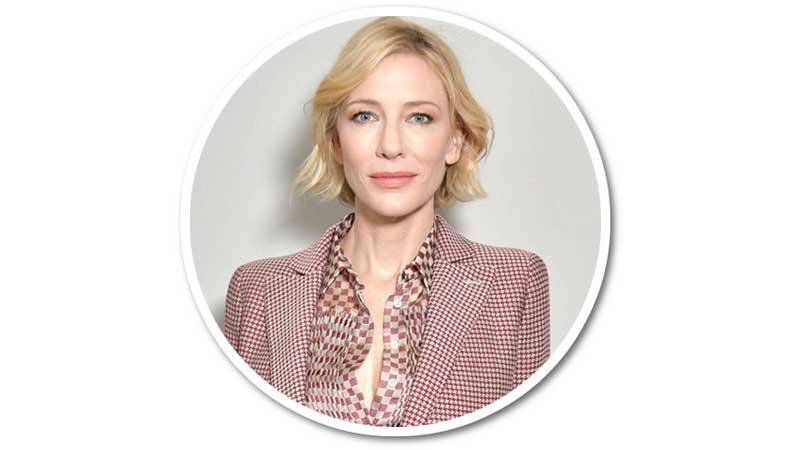 Catherine Elise Blanchett, an Australian actress, has achieved two Academy Awards, three Golden Globe Awards, three BAFTA Awards, six AACTA Awards, and three Screen Actors Guild Awards. She came to attention internationally for her role as Elizabeth I of England in  Elizabeth (1998) for which she received the BAFTA Award for Best Actress, the Golden Globe Award, and her first Academy Award for Best Actress nomination. She became the only actor to win an Oscar for portraying another Oscar-winning actor for her portrayal of Katharine Hepburn in The Aviator (2004).

She worked at a nursing home in Victoria in her late teens and early twenties. She went to the University of Melbourne where she studied economics and fine arts but dropped to travel overseas. In 1992, she graduated from National Institute of Dramatic Art NIDA with a Bachelor of Fine Arts.

1. Her father died due to heart failure when she was 10.
2. She attended Methodist Ladies’ College where she also developed her passion for acting.
3. She received 6 Oscar nominations as of 2014 out of which 4 were of her portrayal of real people.
4. The French government appointed her as Chevalier of the Order of Arts and Letters on March 30, 2012, to recognize her contribution in the field of arts.
5. She has also done theater work and appeared in dozens of plays.
6. She was first considered for the voice role of Mrs. Fox in the 2009 movie Fantastic Mr. Fox, but later the role was offered to Meryl Streep.
7. She gave birth to her third child at the age of 38.
8. She was offered the role of Daisy Fuller in the 2008 film The Curious Case of Benjamin Button after an English actress Rachel Weisz backed out because of her scheduling problems.
9. An Australian actress Nicole Kidman is her good friend.
10. She is not present on social media.

Andrew Upton (1997 – present)
Cate Blanchett and an Australian Playwright Andrew Upton have been married for 20 years since December 29, 1997.