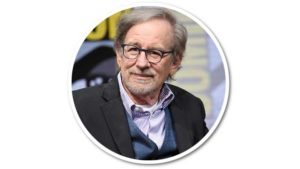 Bob Dylan, an American singer-songwriter & artist, is a prominent figure in popular music and culture for more than 50 years. He became a resistant “voice of a generation” with songs such as “Blowin’ in the Wind” and “The Times They Are a-Changin'”. These songs even became anthems for the Civil Rights Movement and the anti-war movement. He recorded a six-minute single “Like a Rolling Stone” in 1965 which engorged the scope of popular music.

1. He used to perform at a coffeehouse named the Ten O’Clock Scholar while studying at the University of Minnesota.
2. He used to perform at the clubs around Greenwich Village area in New York City in his early days.
3. Music critic Robert Shelton wrote a positive review of his performance in the New York Times in 1961 which helped him to get a record deal with Columbia Records.
4. He had to get his parents’ signature on the contract of Columbia Records as he was just 20 but he got away by claiming that he was an orphan.
5. He could watch movies for free because his uncles and great-grandfather were owners of the biggest movie theaters in Hibbing.
6. The first draft of his single Like a Rolling Stone was 6 pages long.
7. He started taking piano lessons when he was 10.
8. A.J. Weberman, one of his most notorious stalkers, formed the Dylan Liberation Front and started staging protests in front of his house.
9. His songs Like A Rolling Stone was placed at #1 spot and Blowin in the Wind at #14 spot in the list featuring 500 Greatest Songs of All Time by the Rolling Stones magazine in 2004.
10. He was a great fan of the pop legend Elvis Presley and his death made him so upset that he didn’t speak to anybody for about a week.
11. US President Bill Clinton awarded him a Kennedy Center Honor and in February 2010, US President Barack Obama honored him with an American National Medal of the Arts for his services to arts.
12. He had run away from his house 7 times between the ages of 10 and 18.
13. He became the second individual to be awarded the Nobel Prize in Literature in 2016 after British writer George Bernard Shaw to win the Academy Award as well as the Nobel Prize.

Joan Baez
Bob Dylan had been in a relationship with an American Singer Joan Baez.

Mavis Staples
Bob Dylan had been in a relationship with an American Singer Mavis Staples.

Chris O’Dell
Bob Dylan had been in a relationship with a British Socialite Chris O’Dell.